Packet capture (also called pcaps) is essential for our team when investigating any DDoS leak on our filters or connection problems to your game server. If you are requested to submit a pcap or traffic capture, please follow this article to learn how to get a packet capture (pcap).

We will be using the tcpdump package for this tutorial.

Make sure your kernel is up to date and use the command:

For Debian or Ubuntu.

For example, we will capture packets that reach the server on port 2302 of the DayZ server, which can be different for you depending on your game and the port.

The following command will capture all packets coming in on 2302 until CTRL + C is executed. It will save to the file named capture.pcap in the root directory.

You will have to modify this depending on your use case, ie-nn port (PORT) for other games with multiple game ports use-nn “port (PORT1) and port (PORT2)”

That’s it, you’re done! Once you have recorded your pcap, either open a ticket stating your issue is attaching the .pcap file or reply to the ticket you opened already!

Getting traffic captures on Windows can be easier for those unfamiliar with Linux. Also, capturing from the client’s perspective can be helpful as it can help identify accepted/blocked packets as they travel to the server.

In this article, we are using Wireshark for our recording software.

Go to https://wireshark.org to go directly to their download page! Make sure you download the correct version for the system you are using the software on.

Once the program is installed, open Wireshark. You will be presented with a screen where you must select the default network adapter (or the one that sends and receives traffic). In my case mine is Ethernet.

From the moment you click on it, Wireshark starts recording packets. Depending on what’s running on your adapter, you’ll see many (or a few) entries at the top. 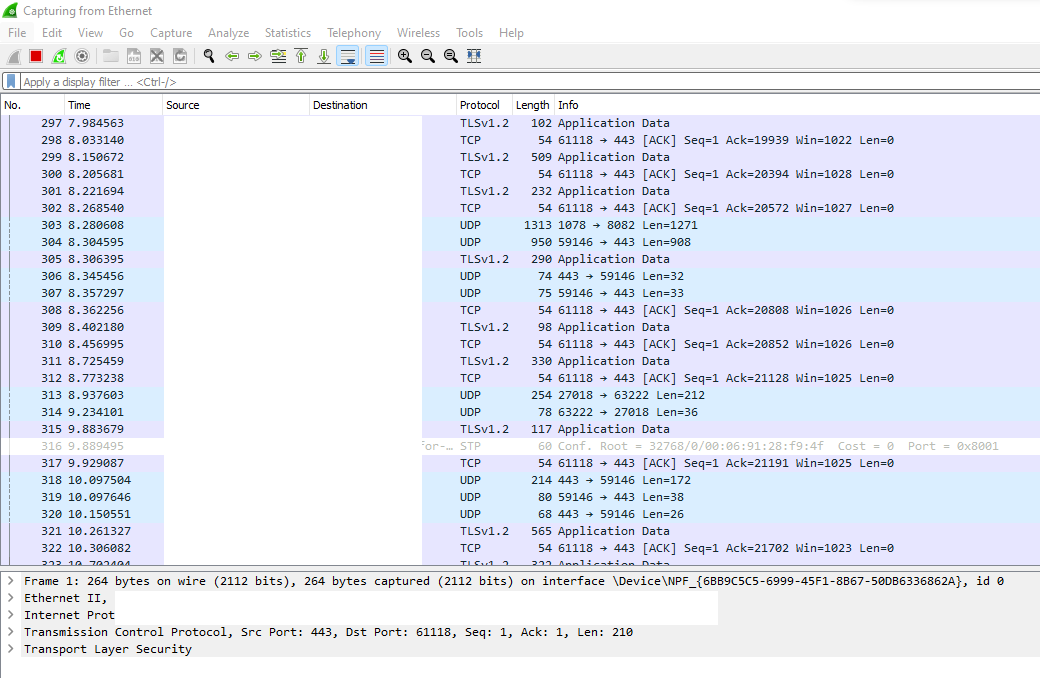 Once you have captured enough packets (usually we ask clients to capture for 1-3min), you can stop the recording at the top left.

Then you have to go to File> Save As and pcap file. Save it somewhere so that you can upload it to your ticket. 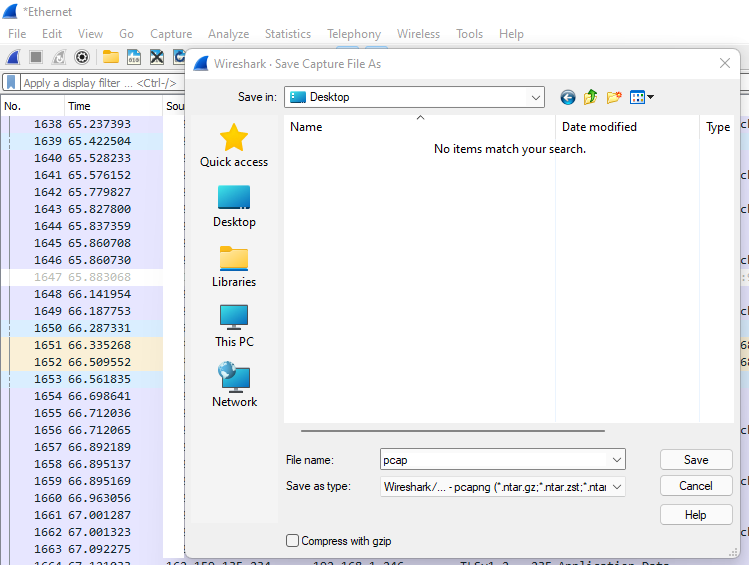 After the pcap is saved, attach the .pcap file to the ticket.

Nice! Now you have learned on how to get a packet capture (pcap).